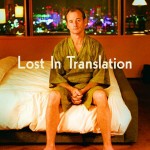 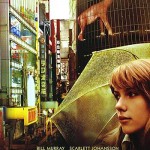 Below is a brilliant article taken from Haaretz’s (Israeli daily) Makom Blog. Its written by Amichai Lau-Lavie, the pioneering founder of storahtelling, a Jewish theatre company, and one of the most innovate groups in Anerican Jewry. In it he makes a link between tranlsation and mixed marriage, exploring, and celebrating hybridity, and sourcing it in Jewish texts. The man’s on to something. His article is below, but first a few observations about translation in Judaism, digging a little deeper.

Translation has are rich and complex history in Judaism, of which the article gives just a few examples. The paradigm would be the creation, of the Septuagint, the first translation of the Hebrew Bible into Greek, which is traditionally thought to have been composed by 70 Jewish scholars and scribes sent specifically for the purpose. One Talmudic text in tractate sofrim paints this as an unqualified disaster ‘The day the Torah was translated into Greek for King Ptolemy was as terrible for Israel as the day that the Golden Calf was built’. The fuller account, in tractate Megillah, comes in the context of principles of how one may write a Sefer Torah. Surprisingly we find, at least according to this gemmarah, that it is permissible to write a Torah in Greek. The story of the 70 scribes is then retold. It has (at least 2) fascinating elements. Firstly the scholars, while sitting in separate rooms to ensure that they do not confer, all miraculously hit upon the same translation. Thus the great fear of translation, that there will be no longer be one text, but endless variants, is neatly avoided. Secondly the translation deliberately mistranslates elements of the Hebrew, either so as not to anger Ptolemy or to clarify difficult and problematic elements in the Torah itself. For example, the beginning of Genesis is mis-translated to make clear that there are not 2 heavenly powers involved in creation (the new version reads ‘Elohim Bara Bereishit’ rather than ‘Bereshit Bara Elohim, fascinatingly the Talmudic account ‘retranslates’ the Greek phrases back into Hebrew). The translation also explains why Sarah was punished but not Abraham in the incident where God tells them they will have a child and they both laugh, by adding an explanation that Sarah laughed publicly and Abraham privately, an explanation which is absolutely not in the Hebrew text. It is as if the translators embed a level of early rabbinic commentary into the text itself.

Another Text, from Midrash Tanhuma, makes explicit the link between translation and boundary-crossing that Lau Lavie discusses in his article.

Rabbi Yehuda bar Shalom said: Moses requested that the Mishna too be given in writing, but the Holy One, blessed be He,  foresaw that the nations would translate the Torah and read it in Greek, and say “We are Israel”

The danger of translating, and thus losing both control and particularity is undercut by the probable fact that the Mishnah had already been written down, so the author was not prophesying, but rather lamenting an existent reality.

Finally, in modernity, the link between translation and the idea of Judaism reaching beyond ethnic Jews was made by Levinas, with his notion that ‘We must translate the Torah into Greek’. Whilst aware of the traditions around the Septuagint, here Levinas understands Greek as representing philosophy, the intellectual tradition of the west, of modernity. For Levinas, such a translation is conceptual as well as linguistic, we must learn to think Judaism in ways that make it relevant for all, that will ensure its survival, not as a tribal apologetic, but as a force that can change the world

Kissing through the veil of assimilation

original here, with insane comments from readers, as usual on Haaretz

“Translating Hebrew into another language is like kissing a bride through a veil” – I thought of this quote, most often attributed to Bialik, one of the greatest Hebrew poets of the 20th century, during a recent wedding in the French speaking parts of Canada. As the speeches began during the wedding banquet, an older woman turned to me and whispered, in English, with a thick (Slavic) accent, ‘can you translate mazeltov? What does it actually mean?’

I did my best to explain this generic Jewish way of congratulation, its forgotten Hebrew origin (astrology based – ‘may the planet that guides you be in alignment’), its juicy gist, but I still found it difficult to convey the indigenous essence, specific flavor. ‘Good luck’ doesn’t quite cut it, but it’s the closest and does have something to say about fate, and faith, and relentless optimism. She smiled and nodded – one of those smiles that bridged all languages. But did she ‘get’ it? Do we ever successfully convey the innards of our words when we translate into another culture? Or is it always skin deep? A kiss through a veil? And is that better than no kiss at all?

At this beautiful wedding the bride, a friend of mine, in a stunning white dress, wore no veil, and the marriage ceremony, civic and short and sweet, was also stripped of religious elements. But there was still a lot of translation going on, linguistic and cultural – as Catholic and Jewish family members and friends gathered with Muslims and Atheists in celebration of this lovely – and mixed -marriage. Any relationship is, arguably, a communication challenge, and when a Jew and Catholic marry, as these two love birds did, regardless of their current faith and allegiance to tribal heritage, making it work (for them and their loved ones) is a lot about finding common ground, the perfect translation. It’s never easy – a lot is lost in translation, we know as much, but what I find to be a really interesting challenge, especially these days, is to figure out what is also gained in translation. How do we accommodate reality and make the most of kissing through veils in this seductive multi-cultural global way of living.

With more than an estimated 55% of Jews in North America marrying out of the faith, the challenges of ‘translation’ far exceed the choice of words or the utilitarian needs of making key terms such as ‘mazeltov’ understood by a random cousin. Translation becomes a trope, a metaphor for making – or not making – sense of one’s inherited tradition in the ‘salad bar’ of Western culture where ‘mix and match’ is the accepted norm. Whether one supports or condemns intermarriage between people of different faiths, races, ethnic origins or nationalities – it is clearly a sign of the times. Rather than view it as an epidemic (and many do, see for instance the Masa video clip released this week to fight intermarriage and endorse trips to Israel) I am still wavering – and for now, prefer to see it as a compelling opportunity to think creatively about translation and transmission: a necessary, complex challenge. Possibly – a blessing in disguise.

Attending this wedding made me think a lot about the realities of intermarriage and inspired me a lot to think about what can be done with it – not stopping it – who can prevent love – but working with it. Making the most of this situation – and that’s where translation comes in. Finding smart ways of translating our languages vocabularies of faith and cultural symbols to each other can be not just a necessary tool – but also a bold attempt at visionary pluralism and peaceful co-existence – it can help us understand each other better have more compassion for those radically different from us – beyond the comfort zones and separations of similar and familiar lifestyles and behavioral codes of many many generations. Sensitive and smart translation can help our respective species to survive. Refusal to translate – to accommodate and negotiate meaning and context – can achieve the total opposite of survival.

Oy. This is a mine field. Intermarriage is a super sensitive subject for modern Jews, and it has, in fact, been a touchy subject from as far back as Jewish (or any) identity existed. So I’m treading lightly here. All through history, it seems, marrying out was a norm for a certain percentage of world Jewry, and a perpetual headache for Jewish leaders. As soon as the social walls of various ghettos went down – in Alexandria, or Toledo, or Berlin, or New York, – the ‘other’ beckoned and boundaries crossed.

The Bible is full of curses and warnings against marrying out, but also describes quite a few such unions – including Joseph, Moses, and King Solomon – all married to celebrity pagan wives. Regardless of his own vaguely acknowledged marriage to the Midyanite Zippora, and throughout the Book of D’varim, Moses’ fifth and last book, he warns against assimilating with the local folk, and demands that his people keep within the faith. As one way to remind them of their tribal obligations, he comes up with an idea for a monument – a visual reminder of the Law.

In this week’s Torah tale ‘Ki Tavo’, with only a few weeks left to the end of the saga and the entrance to Canaan, the people Israel are instructed to mark their homecoming with a construction project – to gather big rocks, plaster them white, and inscribe on them the words of God:

“And you shall write upon the stones all the words of this law very clearly.”
(D’varim 27:8)

What’s interesting about this biblical precedent of a ‘stop’ sign or other visual traffic aides is how this verse was translated into Aramaic. The words ‘very clearly’ stem from the obscure Hebrew ‘Ba’er Heytev’ which could have meant – ‘carve well’ or ‘explain in detail.’ Some 2,000 years ago, an anonymous Biblical translator translated this as ‘And you shall write upon the stones all the glorious words of this law in writing deep and plain, to be well read, and to be translated in seventy tongues.’ (Targum Yerhshalmi)

The original Hebrew may have instructed Israel to carve out the words of the law on big billboards- but the subsequent translation/interpretation already understood that the best way to keep the tradition alive – is to risk its translation into vernacular.

Translation, as many of you know, is at the core of my work. As an Israeli now living in the USA, as one born into Orthodox (one way or no way) Judaism and seeking ways of sharing my path with other paths that I encounter on my life’s journey – without diluting or losing the essence of what’s unique to my ancient and specific roadmap – translation looms large and important. Kissing through veils may not be the ideal – but is the real, and an obligation for those of us dealing with ways of making the ancient live, with dignity, in the contemporary world.

After the speeches and the dancing (no need to translate “hava nagila”) a double rainbow pierced the skies and we all went outside to ooh and ahh. It was a beautiful sign, a blessing of hope – all the clichés about the colors of the rainbow learning to live together.

So, to the bride and groom, and to all of us on the almost eve of a new Jew year – Mazal Tov! May the planet be aligned for all of us, let luck intervene, and let’s hope for good new, inventive translations, and many, creative kisses.

1 thought on “Lost in Translation”