Philosemitism is the New Antisemitism: How Jews Are (Still) Used to Manage Exploitation 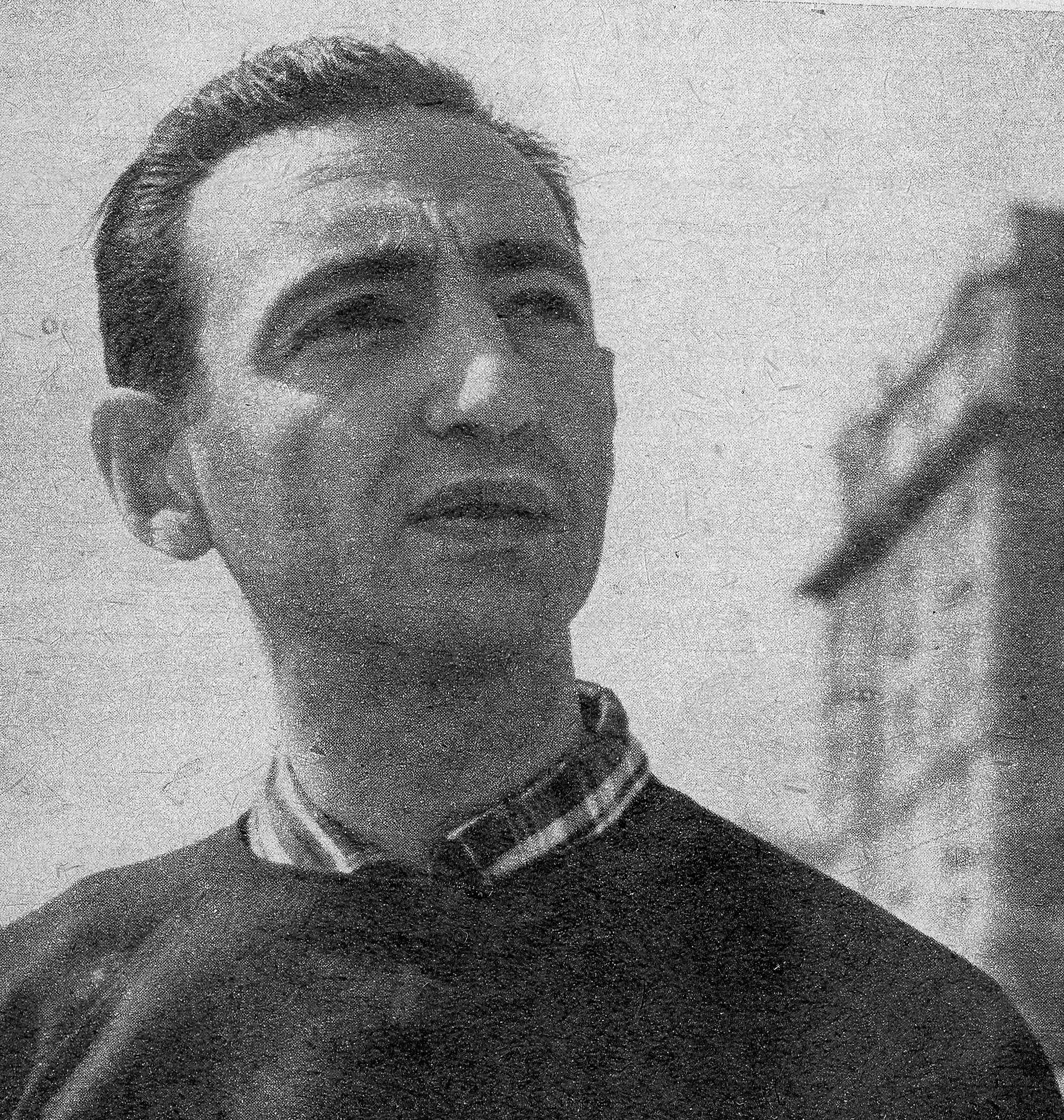 But first, let me bring you up to speed on the history.

Figure 1 – A map of the Pale of Settlement circa ages ago.

The Pale of Settlement was a region of the Russian Tsarist Empire in Eastern Europe, stretching from the Baltic to the Black Sea, where Jewish residence was permitted. Between 1880 and 1917, the Tsarist government would condone and at times even organise pogroms against Jews in this region. During the nineteenth century, capitalist development in Russia required the transformation of peasants and artisans into wage labourers, a nascent working class. This was achieved by dispossessing peasants from the land they worked, forcing them to move to cities to find factory work which undermined artisans by exploiting workers half to death. Here, Russian society followed in the footsteps of Britain and Western Europe, where a similar process had  happened centuries earlier (e.g. through the Enclosure Acts and the rise of manufactories). At the same time, the nationalist fever sweeping through Europe did not miss the Pale, where Polish, Ukrainian, Slavic and other peoples sought emancipation from Russian Tsarism through national liberation and the concept of “one people, one language, one territory.” The Yiddish-speaking Jews in the cities and villages of the Pale did not fit neatly into this enlightened new order. It was a trivial matter for authorities – both Tsarist and capitalist – to redirect the anger of the working masses against these “aliens.” It was during this period that The Protocols of the Elders of Zion (1903) was published, a fake document written by Tsarist secret police, which implied that Jews were in a conspiracy to take over the world through control over the media and banks. The bourgeoisie at least have a good sense for irony; claiming here that their scapegoat controlled what they themselves possessed.

Fast-forward a century to when Aurora Levins Morales wrote: 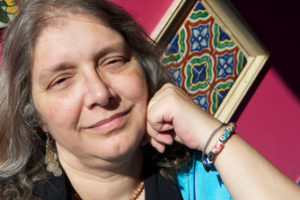 And this is the role of antisemitism in the UK today. As we shall see.

But first, let’s get something straight: Antisemitism on the Left and in the Labour party exists. Period. A good statistical study (JPR 2017) shows that it is as prevalent on the far left as it is in the centre: nearly 4% self-proclaimed leftists or centrists hold multiple antisemitic beliefs (“belief” meant supporting statements of Holocaust denial, Jews being good with money, or holding too much power. But not statements equating antisemitism with anti-Zionism). This also means that antisemitism is not more prevalent on the left than in the centre (contrary to what many critics say), and it pales in comparison to the right, where the figure is 14%. If you’re a Labour party member who occasionally attends branch meetings, chances are you’ve met one or more of these 4%. This is not an insignificant number and, as an anti-racist party, Labour should do better to combat this problem – and appears to be trying, at least.

Antisemitism is a word that rightly shocks us into action because of its associations with the Nazi Holocaust and the European pogroms. But when we speak of the prevalence of antisemitism today, we don’t mean that angry mobs or men in uniform are coming for us (but see Charlottesville, Virginia for a counter argument). Antisemitism today does not take the form of violent oppression but of a prejudice, often unexamined. People are not dying from antisemitism (well, in mainland Europe a bit, sometimes, tragically). What people are, however, dying from is austerity. Ian Blackford MP, of the Scottish National Party, recently cited a terrifying statistic in Parliament: almost half of women going through work capability assessments reported attempting suicide during or after the process. Where is the outrage? In the last decade of austerity, several people have set themselves on fire in desperate protest. Where is the outrage? I could list dozens of awful statistics about overcrowding, food banks, refugee detention, youth services; but why ruin a sunny day when the point is so easily made? I also won’t discuss the evils of capitalism because if you’re reading this, chances are you already have a fair idea. What the Labour party has given British people (and, actually, many people in the rest of the world too) is hope for a change from the monotonous despair of life under neoliberalism. The mainstream media (and I use the term with a raised eyebrow) does not report on the struggles of working-class people often, and rarely connects the dots between their suffering and the enrichment of elite members of UK society. And when it does, the news cycle moves on quickly. 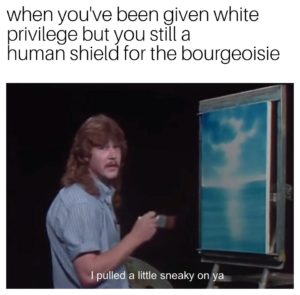 Figure 3 – Diagram illustrating the gist of this article.

What never seems to leave the news cycle – even when the story is so facile that one must assume the journalist was watching Friends while writing – are stories of antisemitism in the Labour Party. Or among supporters of the party. Or about someone’s uncle who once said something dodgy about Jews while riding the same Tube line that Jeremy Corbyn sometimes takes. Why won’t these stories die?! Why do they stay headlines while others don’t even make the print edition?

I don’t wish to rail at “the MSM” for being “in it with the bankers”. That’s not really the point, and also I don’t want to sound like a Skwawkbox writer. The media isn’t an actor so much as a battlefield, and right now for obvious reasons it is dominated by the rich. Victory comes by controlling the conversation: as long as we (the public, that is) are reading and thinking about antisemitism, we’re not thinking about class oppression. So once again, Jews are being used to manage exploitation. What’s so interesting about this use of antisemitism is that it isn’t like the old use, where (some) Jews were given a place at the bourgeois table in order to be able to crush (all of) us when popular rage needed a vent. “Anti-Semitism” as a strand of European nationalist ideology was thoroughly discredited by the Nazi defeat; many nationalist people used to proudly called themselves “anti-Semites”, whereas now it is a shamefully wrong belief to hold. Hating Jews is what the evil and barbaric enemy does, not what good enlightened people like us do. In a very real way, not hating Jews (for the purposes of this article, let’s call it philosemitism) is part of our national identity now, it’s how we distinguish ourselves from our defeated, morally-bankrupt opponents of WW2. This philosemitism means that we don’t have to learn the lessons about nationalism that the Holocaust holds, because it wasn’t us who killed Jews. We can ignore ongoing Western criminality in Africa or the Middle-East because we didn’t kill Jews.

I’ll spell it out: whereas before antisemitism was encouraged in order to direct the public’s attention away from its exploitation, today antisemitism is vilified in order to divert public support away from the best chance for better living than we’ve had in decades. This is possible because our moral victory in WW2 is part of what defines us as a nation. Whereas before, antisemitism was part of a nationalist ideology and identity, today it is philosemitism. The moral direction of antisemitism has been inverted, has become philosemitism, but its use in managing exploitation still remains. At least nobody is trying to beat me up, I suppose!

Antisemitism, like all racism, is poison and must be defeated. But this should not happen at the expense of ending other forms of oppression. In fact, it cannot happen without ending other oppressions. Antisemitism cannot be eradicated without eradicating class-based exploitation as long as it functions to maintain this exploitation. Racism has been variably used to justify atrocious policy (such as rationalising colonialism) or to sow division in a public which, united, would oppose the existing oppressive order. The struggle against antisemitism must happen in tandem with other struggles against racism and against class oppression. That is why the anti-capitalist Left remains in the vanguard of the fight against antisemitism and other forms of racism, because it is at once anti-racist and anti-capitalist.

Jewish institutions haven’t got a hope of ending antisemitism so long as they ally themselves with the rich and their political parties. In fact, by playing along with this new philosemitism, they are preparing the ground for a renewal of the old violent antisemitism. Class struggle is a fact so long as one class exploits another, and if this exploitation is maintained in part by labelling as antisemitic those who oppose oppression, two things will happen: (1) the exploited will identify philosemitism as a characteristic of their exploiters and will take up the opposite position, and/or (2) the exploited will begin to see Jews as playing an exploiting role, and take up antisemitism. To end antisemitism once and for all, we must reject the philosemitism of the bourgeoisie, reject the racism that justifies ongoing colonialism (I’m looking at you Israel, but not only), and reject the existence of capitalism. We must be for a new order of social and economic equality, where the people who make the wealth are the people who own and manage it; here, in Europe and America, in the Middle-East, in Africa, and everywhere. Or, put more succinctly by Marek Edelman, a member of the General Jewish Labour Bund and a fighter in the Warsaw Ghetto Uprising, “To be a Jew means always being with the oppressed and never the oppressors.” 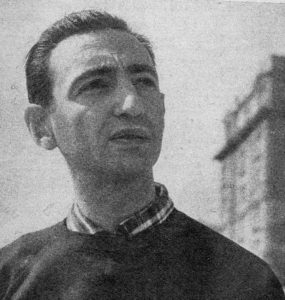 22 thoughts on “Philosemitism is the New Antisemitism: How Jews Are (Still) Used to Manage Exploitation”