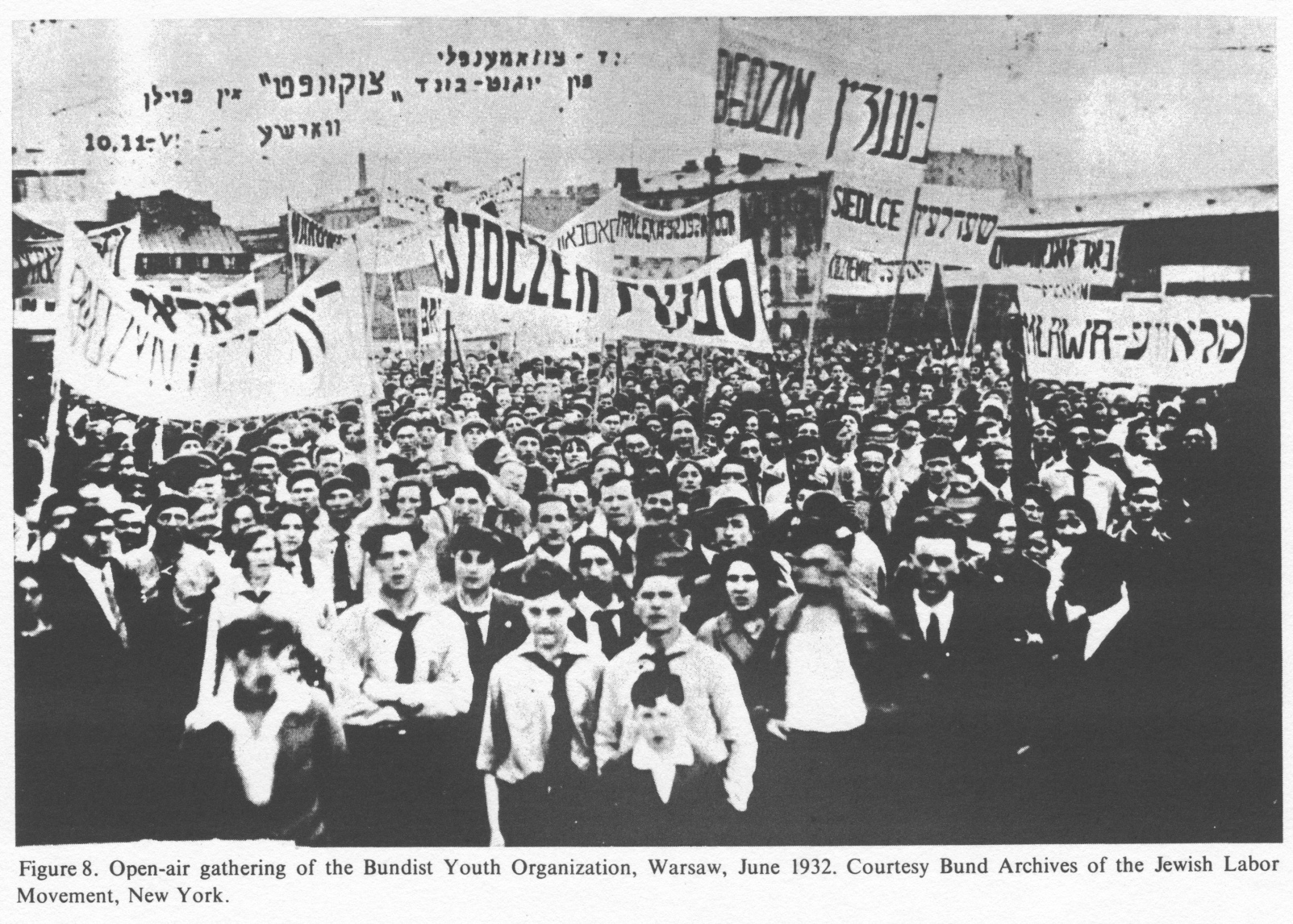 We don’t believe in resurrections anymore. In the liberal synagogues, we’ve taken rebirth of the dead out of their liturgy. In Sephardi synagogues, we affirm, each week, that the dead will return at the time of G-d’s choosing, but we don’t really mean it. We’ve given up guessing what happens after death to focus on this life. No, we don’t believe in resurrections anymore. So how come these specters keep coming back to haunt us?

Hebrew was dead, and then it wasn’t. Its children, Yiddish and Ladino had buried their mother, withered away and passed away in old age. But there they were, on Saturday, returned to people’s lips, living again, singing again.

Remember when the Bundists were dead? But they arrived in their thousands to demonstrate against the killing of the Palestinians (still no coverage of that on the BBC).

The Holy One causes the dead to quicken…

We were overwhelmed by the support we received from ghosts at this week’s demonstration. Our membership trebled in hours as stones rolled back and the spirits came to join us.

Rudolph Rocker rocked up on roller-blades, handing out agitational pamphlets in Yiddish to bewildered Quakers. Emma Goldman arrived by boat down the Thames. Although she had prepared a speech precisely for the occasion, she wasn’t allowed on the platform in Hyde Park, due to the long-established policy of only permitting one woman and one black person to speak at each rally.

Eleanor Marx tried to organize a workerist bloc on the demonstration and take us all down to Sainsbury’s for some old-fashioned direct action. Her dad came, but he spent the afternoon in the British Library, trying to avoid some people to whom he owed money. Emma Lazarus came, determined to defend the rights of refugees. (I am Lazarus, come from the dead, come to tell you all…)

Who else was there? Probably Rosa Luxemburg and Leon Trotsky. What’s going on between those two now? And Einstein came, of course. Surprisingly good singing voice. Knew all the lyrics to ‘Aveinu shalom aleichem’. We wouldn’t have expected that from someone so secular.

Sammy Davis Junior did some singing for us. So did Craig David. And Drake. We’re not showing off, we’re just stating facts.

Yes, the dead came back on Saturday to pad out our numbers on the demonstration. They were outraged by the massacres of the Palestinians and couldn’t sit in their graves any longer. They couldn’t sit by while 2,000 died in one month, while an occupation that lasted half a century accelerated, while people put up walls, bulldozed homes, arrested dissidents and murdered…

We interviewed Buber (for some reason Vice magazine weren’t interested in hearing from him, so you have it here as an exclusive.) He said: “I’m angry too. Too many people have died. Too many lives have been destroyed. But have hope: there’s a part of us all that can never be extinguished. We do live on. The Palestinian children live on with you, when you resist. So resist. Choose life.”

At least this article makes more sense than this war.