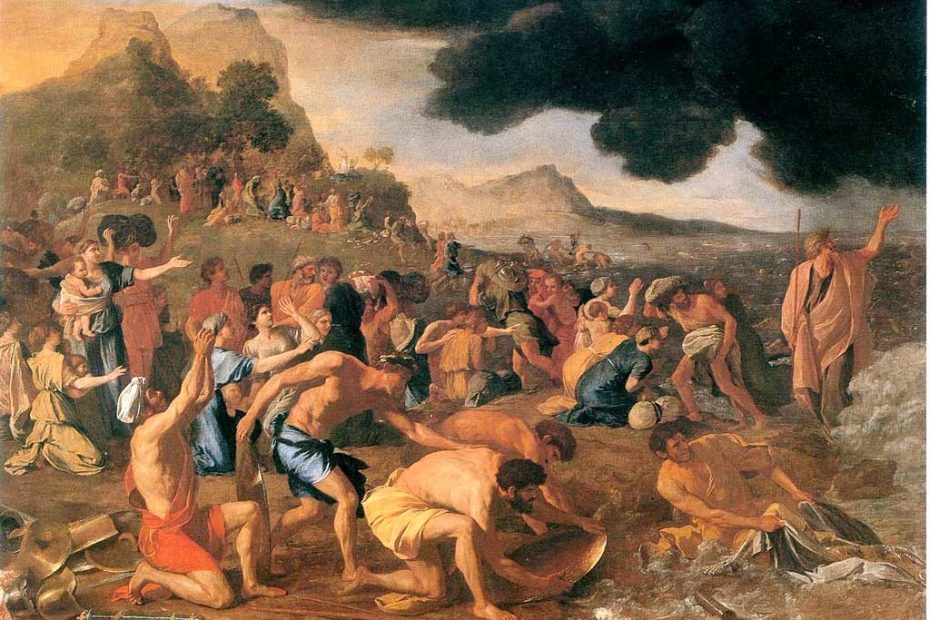 Narrator: Our story starts here, at the Leadership election hustings of the Hebrew Socialist Party [Marxist-Lubavitch]

Hebrew 1: my question is for Sir Moses QC. Pharaoh is making our lives so hard, the whipping and the long hours are too much to bear – what would you do to stop him?

Moses: Have no fear. I will never forget my socialist principles. I will oppose pharaoh forensically every chance i get. Together we will end slavery and free the hebrews.

Hebrew 2: But what about the slavedrivers? They are too cruel!

Moses: I promise to Defund the Slavedrivers!

Hebrew 3: More of a comment than a question. Even if we could end slavery, we need to propose a positive alternative system. All good and well sounding radical but how can we be electable?

Moses: Thank you madam speaker. My question for the Pharaoh is simple, will you let my people go?

Moses: very unparliamentary! The only P words we should hear from you are pottery, papyrus and pyramids. So again, will you let my people go?

Pharaoh: I don’t think i will

Pharaoh: For the last time, No! What the honourable member for Pyramid West does not understand is that slavery is the bedrock of Egyptian prosperity. Even if the Hebrew Socialist Party got its way, society as we know it would be turned upside down!

Narrator: Moses’ conciliatory approach wasn’t doing him any favours – polls were down, members were leaving and the Annual Hebrew Congress was fast approaching.

Moses: Comrades, I have put the Pharaoh on notice

Hebrew 2: we need to do something!

Moses: Radical action will only harden pharaoh’s majority – and believe me, you don’t want to be face-to-face with a Pharaoh’s hard majority [chortles at own joke]

Moses: If you’re not committed to the Hebrew Socialist Party [Marxist-Lubavitch]’s electoral campaign then I have no choice but to expel you!

Moses: [frantically] all hebrews are expelled!!

Narrator: This was not the last that Moses heard from those pesky hebrews. Outside of the party, they were getting organised, starting to build the world they wanted to see, starting to attract Pharaoh’s attention.

Pharaoh: Sir Moses QC, thank you for meeting me. I’m sure you know what I’d like to discuss.

Pharaoh: No, not exactly. You see, I need your help in keeping the hebrews under control. We’re all deeply concerned about them plaguing the nation…

[Hebrews cheer after each point]

Glueing themselves to roads

Getting slavedrivers out of our communities

Narrator: Little did they know that the Hebrew revolution was already underway. Every hebrew was in revolt throughout the land of Egypt. Pharaoh and Moses rushed to the red sea to stop them.

Pharaoh: you good-for-nothing nogoodniks, stop this instant! Your revolutionary nonsense has gone too far.

Moses: please hebrews, do what he says. The wilderness is far worse than living in Egypt.

Hebrew 2: of course you’d say that!

Hebrew 1: we’re going to take our chances in the wilderness!

Moses: These radical actions are wrong at a time when negotiations are ongoing. You’re making a great mistake

Hebrew 2: We are our own leadership. We never needed you!

Narrator: The hebrews, realising their power, rejected Moses’ advice and continued their revolution all the way to Sinai. In their last ditch attempt to tail the masses, Moses, pharaoh and the Egyptian army were swept away by the rising red tide.