Tell your Bubbe to Stop Buying the Jewish Chronicle 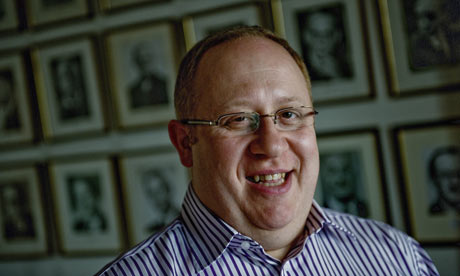 A new Jewdas campaign has been launched today. From 5780, Jewdas is calling on all Jews to ask their grandparents to stop buying the Jewish Chronicle. It is our duty to put it out of its misery and give it the burial it rightfully deserves.

After years of ‘exclusives’ so bad the Mail wouldn’t touch them, awful local news from Hendon and terrible recipes, the Jewish Chronicle is facing collapse. With only 36 readers remaining, we estimate that if just 18 Jewdas supporters can convince their grandparents to stop purchasing the schmatter, it will go out of business.

Just as 36 righteous people can save the world, 36 subscribers to a shit newspaper can damn an entire community.

The paper bills itself as “the organ of British Jewry”, an audacious claim for a newspaper whose editor remains uncircumcised. The paper is now one Diana front page away from becoming the Jewish version of the Daily Express. This is a serious decline from its glory days as a mediocre right-wing tabloid.

Your granddad already knows the paper is shit. He reads it reluctantly out of a misguided hope that it will provide pictures from Purim festivities in Berkhamsted, but is instead bombarded with red-baiting nonsense.

If you have a grandparent who you think might read the Jewish Chronicle, please call them today and ask them to cancel their subscription. The Chronicle will probably have got there first, since Lee Harpin is tapping your phone. That’s all he’s any good at.

Try the following arguments on your grandmother:

You don’t actually read it anyway

You hear reactionary Jews slating Labour for free on the BBC

You wouldn’t buy a used car from Lee Harpin, so why give him money for nothing?

You only read it to see who’s dead

You don’t use their recipes. You just make shepherds pie every week

If these arguments don’t work, up your game:

Do it for me, your grandchild, who you love

I will get married if you stop reading it

I will have a baby if you stop reading it

I will experiment with heterosexuality if you stop reading it

Don’t give Hitler a posthumous victory

Rabbi Akiva didn’t die for this

The Second Jewish Book of Why

The success or failure of Britain’s worst Jewish newspaper is in your hands. Get your grandparents to send them to the cleaners. Bring on the day when Stephen Pollard returns to writing laughably bad opera reviews.

Yes, we know the Jewish News isn’t much better. But they give it out free in shuls. What else are you going to do there?